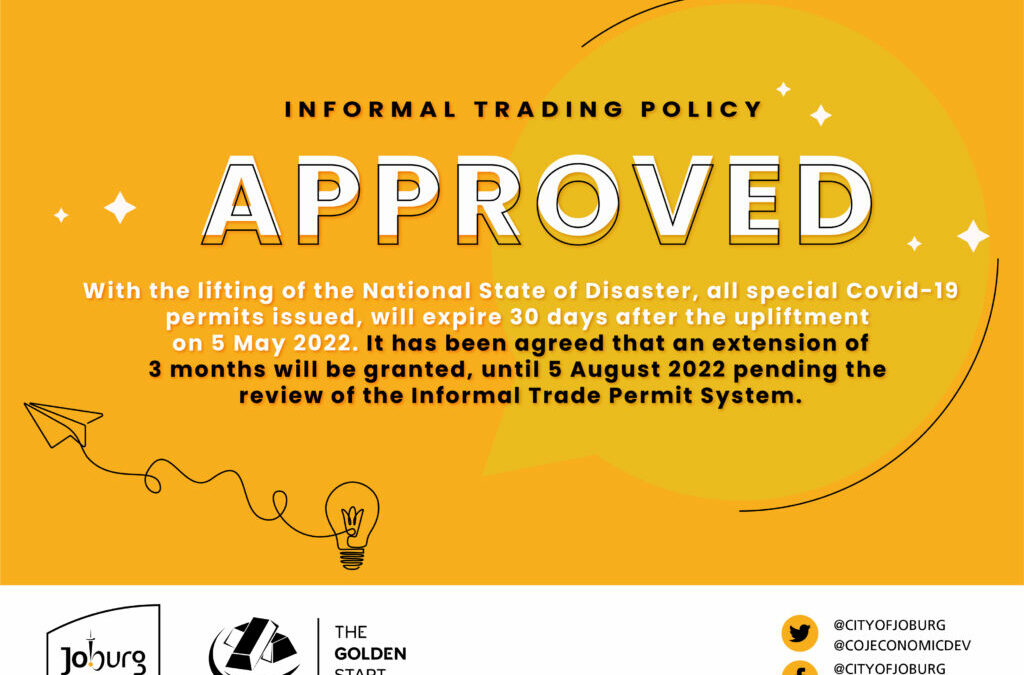 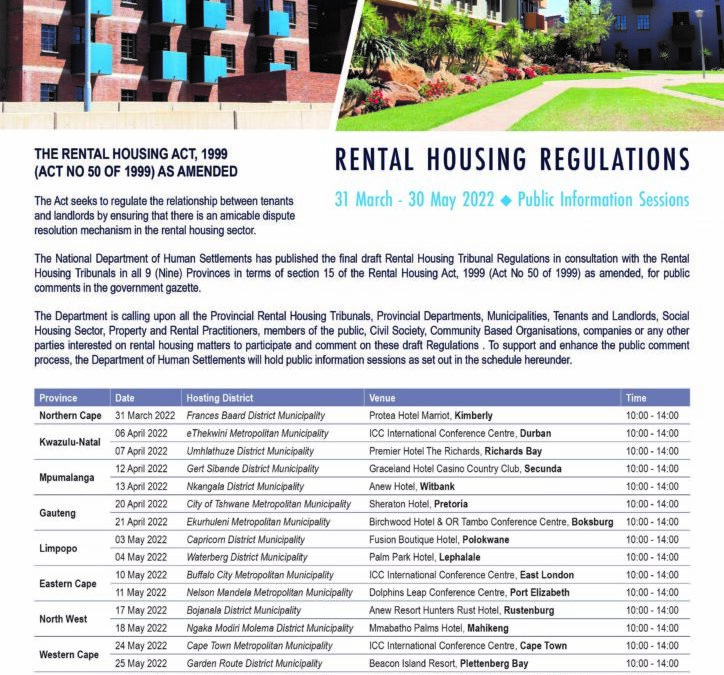 There is a public participation and comment session on the final draft of the Rental Housing Tribunal Regulations.

The public participation sessions for Gauteng are:

Angela Rivers will be attending and will feedback to JPOMA members.

JPOMA is hosting a billing webinar with CoJ to assist property owners with billing queries; find out how best to log queries in order to get quick results. The webinar will also cover how calls are allocated and why it is important to log queries correctly.

The City has been served the refuse application and the next steps are as follows:

To provide an update in this matter, this morning we addressed this letter to the City of Johannesburg, warning against the disconnection of municipal services to the accounts that form the subject of the review application. After transmitting the letter I received a telephone call from Hloni Mokoena, of Moodie & Robertson Attorneys, who informed me that he had been instructed in the matter and that he had received our letter. Hloni agreed in broad terms with the content of our letter, on a without prejudice basis and stated that he would have to take instruction.

The first timeline in this application comes to pass on 19 April 2022, on which date the City will have to file the record of the decision. We will provide an update on that day but we anticipate that the City will be late in filing the record.

Following the city being served, JPOMA circulated another press release, which has created a great deal of attention. Please see below the various publications: